Russell Wangersky's take in today's Telegram, "You'll know only what they want you to know."

And a great article from The Independent, "Six reasons why the new access to information laws are gonna be AWESOME."

Geoff Meeker weighs in "The End of Openess "

People should be voicing their discontent in a myriad of ways. Occupy NL has been participating in what might be a broader "Maple Spring movement," spiraling out from the momentum in Quebec right now, but this seems to be coalescing around a broad disapproval of the Harper government, namely omnibus bill C-38, as well as provincial concerns such as this.

Join with concerned citizens tomorrow night for another Casseroles Night in Canada at 8 PM (meet up at Harbourside Park) to oppose, on a federal level, the sweeping and draconian measures of bill C-38, and on a provincial level, the unacceptable limits being put on the public's access to information with Bill 29.

Join our protest at the Confederation Building this Saturday at 1pm. 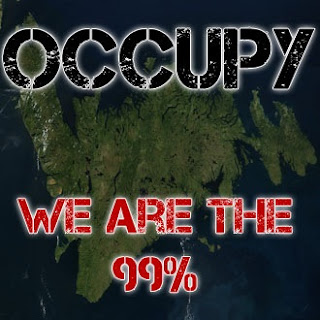 quite distressing information but so important that you're getting it out.