Since 2006, our provincial government has implemented hundreds of millions of dollars worth of income tax cuts.  Because these tax cuts were funded with oil money and our natural resources belong to the people of the province, it is only right that these tax cuts be shared equally.  Sadly, far more has gone to the wealthy than to the rest of us. 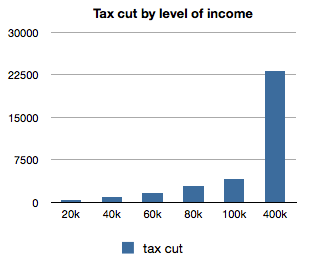 It is outrageous that the wealth generated from our province's natural resources is being used to fund huge tax breaks for our wealthiest citizens, while providing a mere pittance to the less well-off. Consider the fact that oil royalties contribute about $4,400 per person to government coffers. This means that individuals earning more than $110,000 have gotten more than their share of oil revenues in the form of a tax cut, and that all the increased government spending on debt reduction, infrastructure investment and government services is being paid for by the rest of us.

There are much fairer ways to share the wealth. The state of Alaska distributes natural resource revenue via the Alaska Permanent Fund, which pays regular and equal dividends to all qualifying residents.  Alternatively, we could distribute the wealth through the income tax code by increasing the basic personal income tax credit rather than by cutting tax rates.

We propose that before any future tax code amendment is brought to a vote, that the effect on income inequality be analyzed by the Department of Finance, that their findings be published in a plain language report that is available to the public, and that a summary be read into the public record at the House of Assembly.  The people of this province deserve to be fully informed of how their money is being spent, in terms that are easily understood by the average person.  Real democracy demands nothing less. 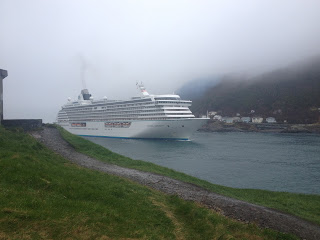 The cruise ship Crystal Serenity has arrived for a brief visit in  St. John's, Newfoundland. If you would like to read the specifications of the ship and check the rates for the New York - Rome Explorer Combination package please click here (**note that the $7810.00 "cruise only" fare does not include gratuity). 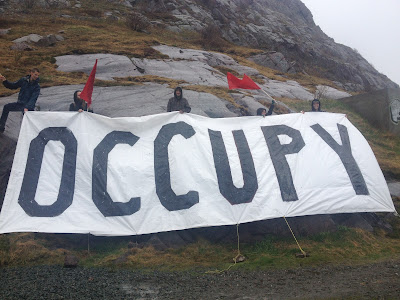 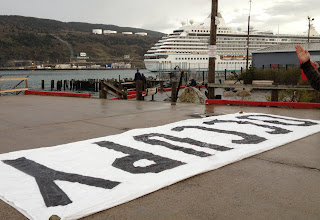 Do you notice symptoms of economic inequality? A call from Occupy NL 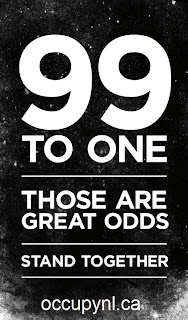 Occupy NL wants to hear from citizens of the province who are negatively impacted by foreclosures or evictions, unemployment, substandard living conditions, and other issues related to economic and social inequality. Come to an Occupy NL general assembly and share your story, or get in touch with us by email at

The Occupy movement, from its inception, has been motivated to raise awareness of growing inequality in society. Economic inequality, and its symptoms of social injustice, has been growing in Newfoundland and Labrador as well. Regardless of the apparent "progress" in the province, there are many people being marginalized, silenced, and left behind. We must stand together to resist the injustice in society and voice our concerns. Add your voice to the chorus... we are the 99%
at 12:59 AM 4 comments:

Income Inequality Information Round Up

I've gathered together some articles and other resources dealing with income and wealth inequality.

IF YOU VIEW ONLY ONE THING, WATCH THIS VIDEO. This is a TED lecture by Richard Wilkinson, arguing that once a country gets sufficiently wealthy, the average well-being of society ( stuff like crime rates, literacy, life expectancy, mental illness, etc. ) no longer depends on how much money a society has, but on how that money is distributed.   I think this is an important message, because it shows that inequality is not only unjust to the poor, but is also really harmful to society at large. For more depth, consider reading The Spirit Level: Why More Equal Societies Almost Always Do Better by Wilkinson and Pickett.